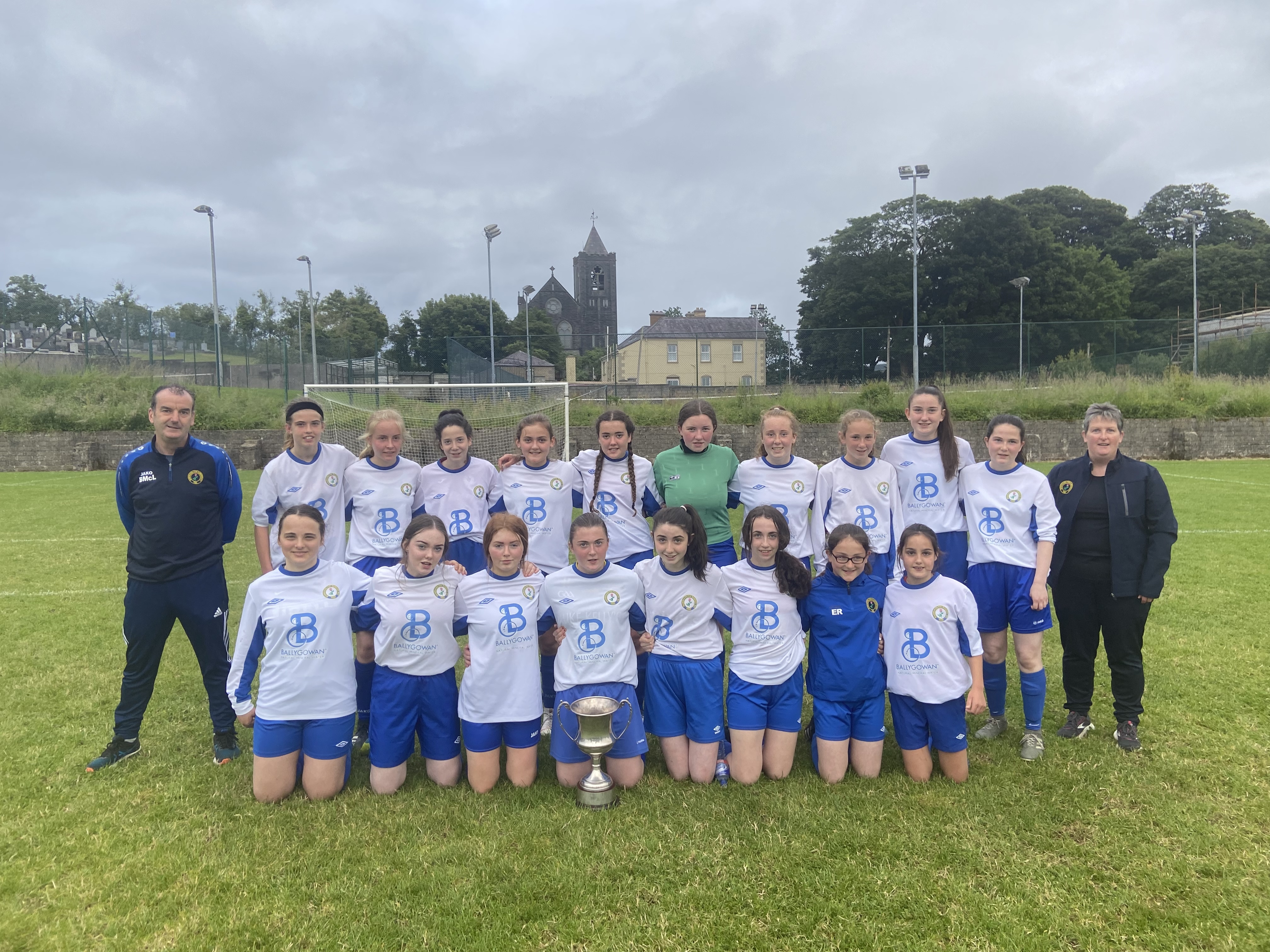 Manorhamilton Rangers U15 girls staged a remarkable comeback to take the Sligo Leitrim Schoolgirls U15 title in dramatic fashion against a dogged Strand Celtic in the Bee Park.
Strand took the lead after one minute when they were awarded a somewhat harsh penalty. Strand doubled their lead shortly afterwards from an indirect free kick.
Manor began to find their rythmn just before halftime with Áine McLaughlin finding Megan Rooney with a fine cross that she dispatched to the net. Strand led 2/1 at the interval.
Manor equalised one minute into the second half with Eimear Keaney finishing off a fine solo effort. Manor then took the lead with Katie Stephenson finding Megan Rooney who beat two defenders before shooting into the net for 3/2.
Manor further increased their lead with Eimear Keaney and Megan Rooney combining with Rooney again finding the net. Manor held the 4/2 lead until the final whistle to complete a remarkable turn around.