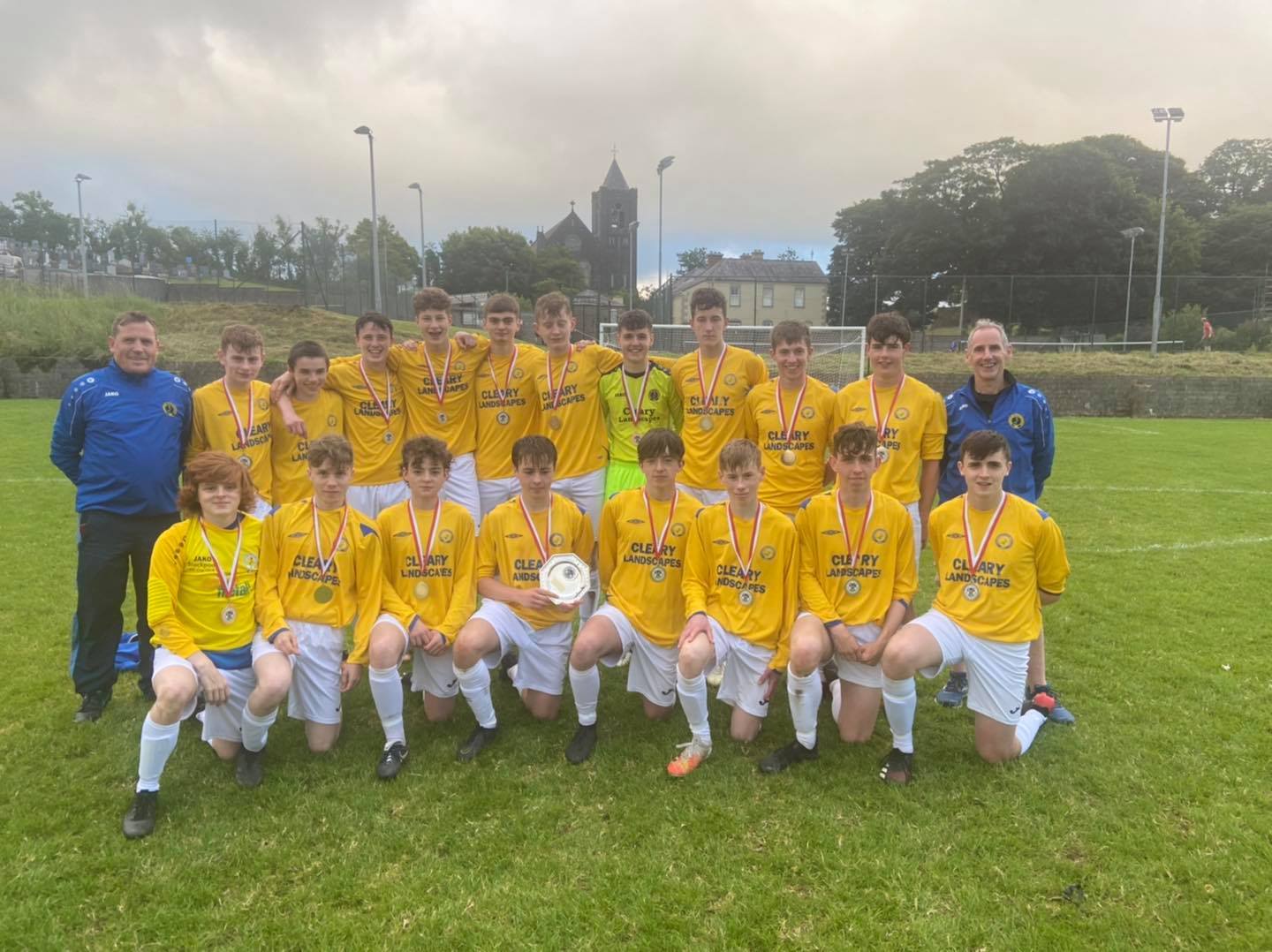 Published: over 1 year ago

Manorhamilton Rangers U17 boys captured the U17 Cup tonight against a strong Merville side. In front of a big home crowd Manor took an early lead through an unfortunate own goal. The teams matched each other for most of the first half. Two cracking saves from Illan Callaghan kept the score at 1/0 heading into the break. Merville had chances but were confined to long range efforts. Ben Gavin was called into action for Manor and made two saves of his own which were top class to keep Manor out in front.

Barry Mc Nulty extended Manors lead with a long range shot which went in off the post for 2/0. Mc Nulty further increased their lead with a cheeky lob of the keeper for 3/1. Manor looked to be cruising but the game turned on its head with ten minutes remaining as Ryan Gillen scored for Merville for 3/1. Five minutes later Merville scored again Keelan Lynch to bring the score to 3/2 with five minutes including injury time left on the clock. Merville piled on the pressure. Manor nearly scored a fourth with a counter attack from Patrick Gilgunn and Barry McNulty. Manor held on to seal the win in a tense last few minutes. A great game to watch and a credit to both teams and management.