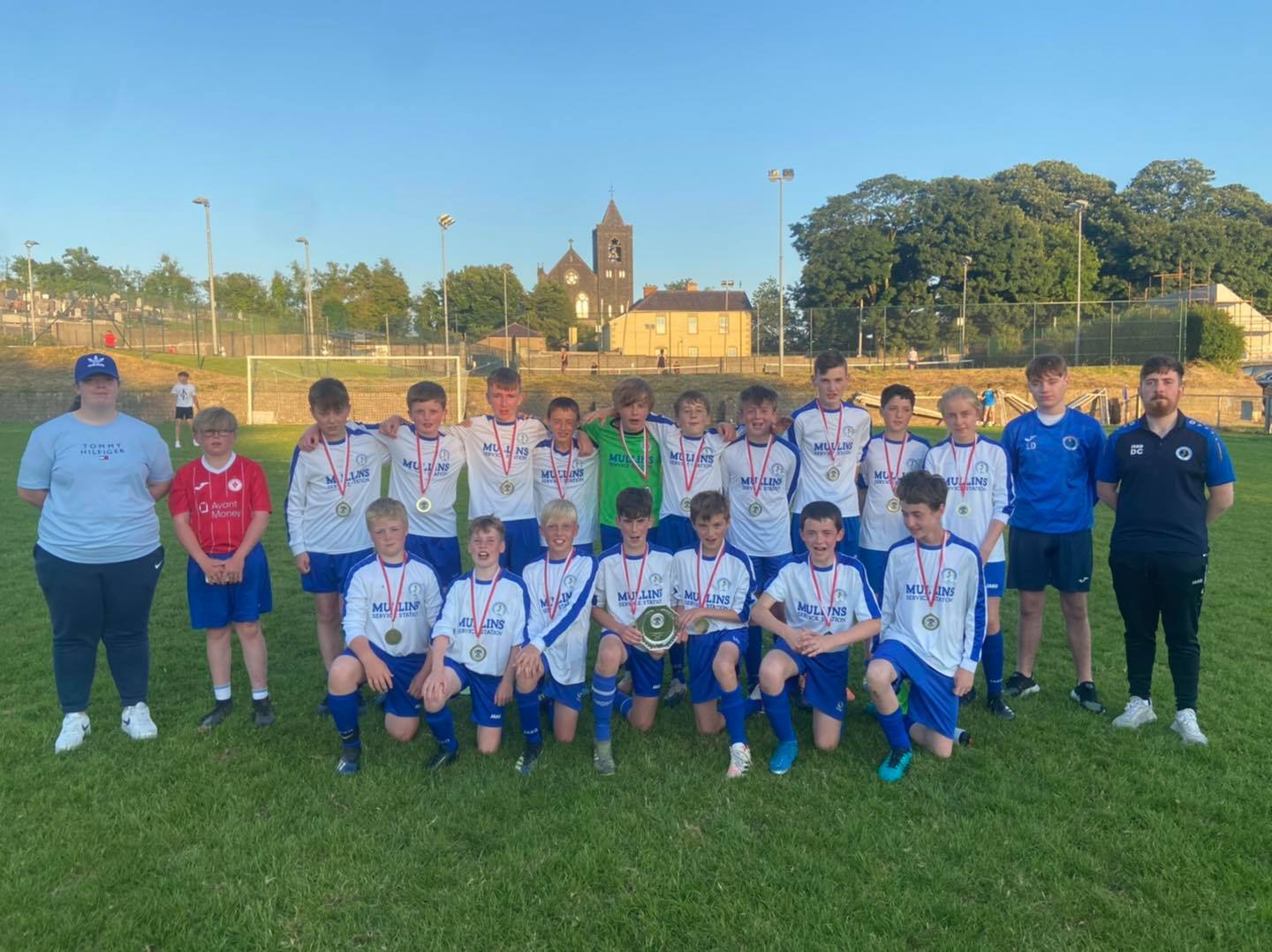 Manorhamilton Rangers captured the Boys U13 GRPA Shield with a well earned 3/1 win against Gurteen celtic. Manor started brightly and could have been three goals to the good in the first ten minutes with some fine football. Manor took the lead through a well worked goal with Senan Kelly putting Jack Attard through on goal and he finished the ball past the keeper. Manor had other chances and went close with Karl gethins and Patrick Nolan forcing saves from the keeper. Manor increased their lead when Senan Kelly converted a freekick from twenty yards for 2/0.

Gurteen Celtic got their only goal against the run of play with Senan Kelly unfortunate to find his own net for 2/1. Gurteen had a good ten minute spell but Manor finished well and deservedly got a third goal with a brilliant header from Man of the Match Karl Gethins for 3/1. A great team performance with Manor comfortable throughout. Congrats to Management Daithi Cummins, Leigh Dalton and Saoirse Cummins.

Also thanks to Packs BBQ who sposnored the post match minerals.