U18 Girls storm to title. 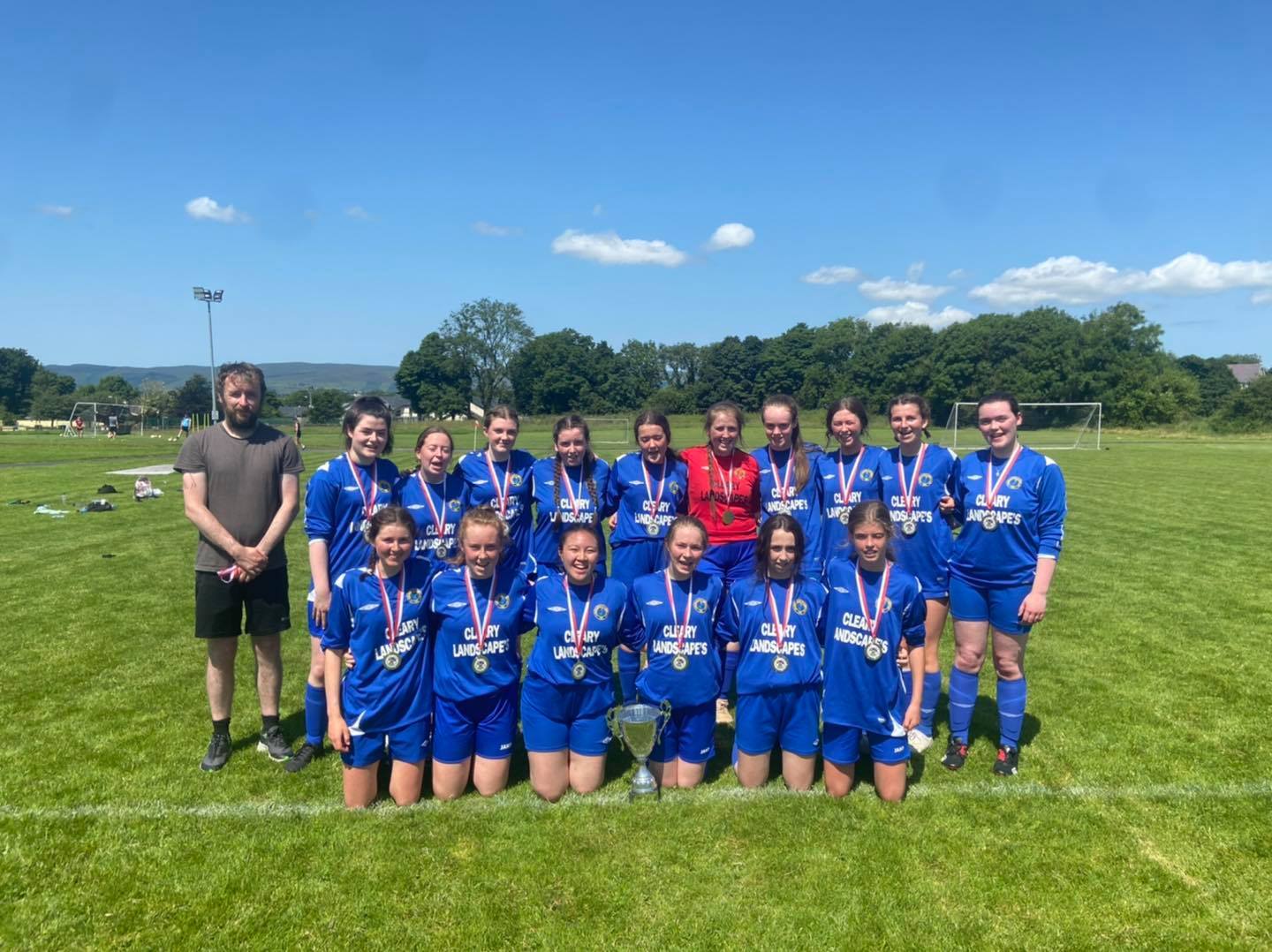 Manorhamilton Rangers U18 girls turned the formbook on it head with a comprehensive victory over a Real Tubber side who inflicted a heavy defeat on the North Leitrim side by 5/0 earlier in the season. Manor were nearly with a full strength squad with only Keira Dalton missing through injury. Manor started well and took the game to Real Tubber from the start and took the lead in the 8th minute. Lauren Devaney sent a through ball into the path of Aine McLoughlin and she rounded a defender before slotting to the net past the advancing keeper for 1/0.

Manor piled on the pressure and five minutes later extended their lead with Vanessa Wochnic converting a fine individual goal for 2/0. Emily Conlon was unlucky not to score frocing a good save from the keeper. Real Tubber got a goal back against the run of play when a corner wasn't cleared and a game of ping pong ensued before the ball ended in the Manor net for 2/1. Tubber had a good spell of pressure and Jessica Kerrigan was called into action twice with good saves to keep Manor in front. Manor again started to dominate and Vanessa Wochnic scored her second goal following some good play with Aine Mc Laughlin for 3/1. Manor went into the break leading by 3/1 in scorching sunshine.

Manor started the second half well and increased their lead further with vanessa Wochnic crossing a great ball for Rachael Conlon who rattled the net from ten yards out for 4/1. Manor were in total control from this point with Emily Conlon and Anna Devaney paticularily impressive.

Player of the match couldnt be seperated and the honours went to Anna Devaney and Emily Conlon.

A very impressive win for Manor and won Jamie Murphy will saviour. Well done to all the girls and thanks to the large Manor contingent who travelled.