Manorhamilton Rangers off to a flyer. 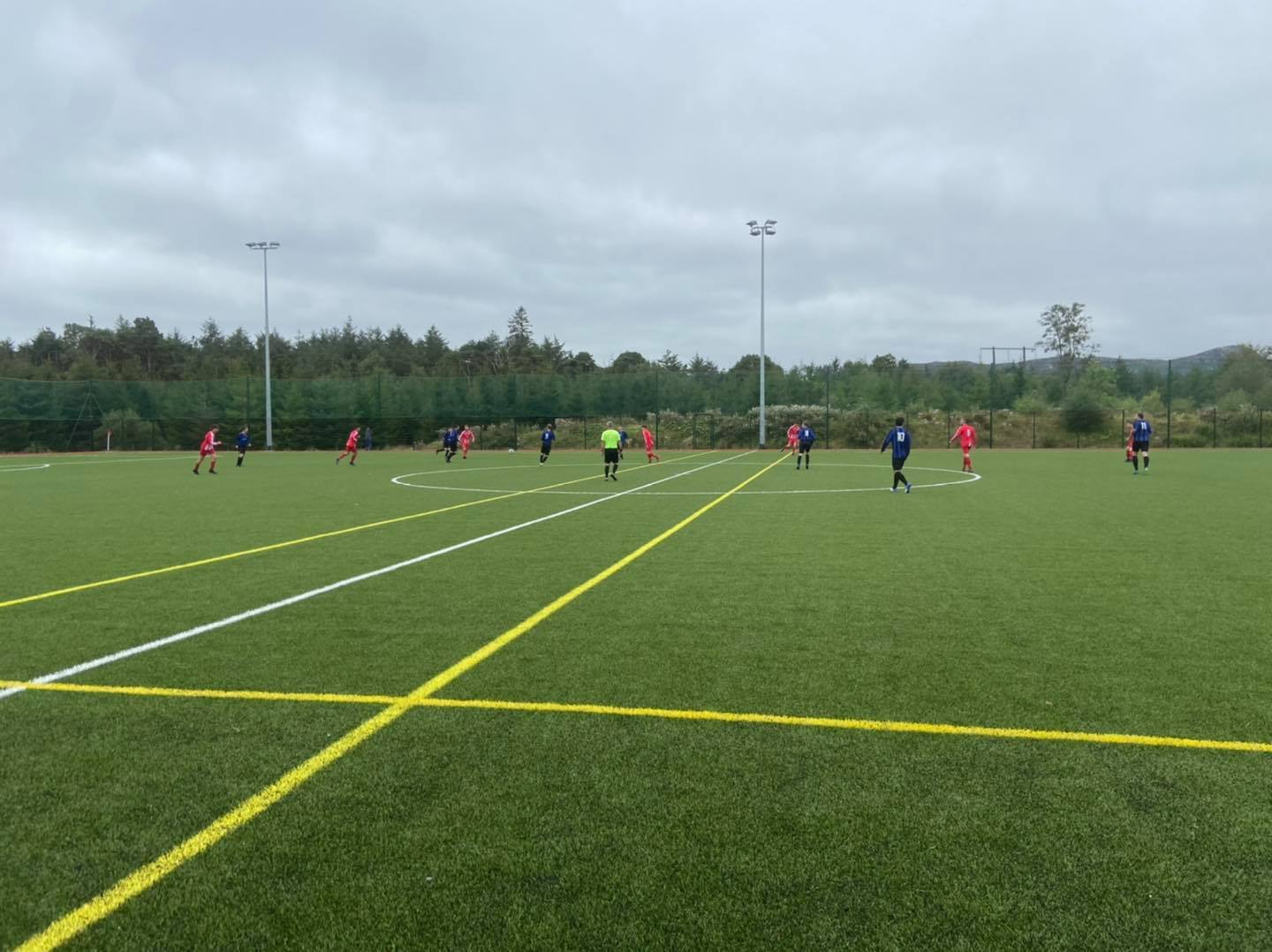 Manorhamilton Rangers got their Super League season off to a flyer with a comprenhensive victory over a youthful Balisadare side in Balisadare, Manor raced into an early lead scoring twice in the first twelve minutes as Balisadare as they went full throtle at the Sligo side from the kick-off. Brian Mc Donald latched onto a defensive clearance forty yards from goal and unleashed a piledriver which the Balisadare keeper could only parry into the path of an inrushing Diarmuid Giblin who bravely forced the ball home for 1/0.

Manor increased their lead a few minutes later with Paul scanlon finding Diarmuid Giblin who raced down the wing and sent in a cross to Cathal Og O'Connell. He dinked the ball over the keeper for a well taken goal to put Manor 2/0 in front.

Balisadare got a goal back against the run of play to put the Sligo side back in the game. Manor played some excellent football with huge performances from Cian Rock, Patrick Woulfe Cathal Og O'Connell and Brian McDonald. Manor were forced into a substitution when an injury to captain Alan Hickey meant he could not continue. This forced a change of positions with Cian Rock slotting back into right back and Mathew Connolly moving to centre half with Oran Gethins replacing the injured Hickey.

Manor increased their lead before halftime with a neat move with Cathal Og O'Connell finding Oran Gethins who in turn put Robbie Cunningham through on goal. Cunningham calmly rounded the keeper and slotted home for Manors third goal.

The second half saw the withdrawal of Diarmuid Giblin who was replaced by Patrick Gilgunn making his senior competitive debut. Young Gilgunn was very impressive and unlucky not to have found himself on the scoresheet having made a number of goalscoring opportunities.

Manor came close on a number of occaisions to increasing their lead with Seamus Ryder, Robbie Cunningham and Brian McDonald all threatening the Balisadare goal. Gabriel Gilbride made his senior debut and accquited himself well at right midfield.

With ten minutes remaining Manor introduced another substitute Hafeez Sholola. He scored a cracking goal with a great strike to seal a well deserved 4/1 win for the visitors.

Manager Thomas McDonald was particularily pleased by the manner of the victory and the quality of football on display. He stated it was just the start to the season we needed and when you look at the fact that half the team was 18 or under it highlights the quality of the players we now have at our disposal. Its very easy at times to name a man of the match but when you have Patrick Woulfe, Cathal Og O'Connell and Cian Rock putting out performances like they did, where do you start to make that decision. Cian rock shades it with possibly his best performance in a Manor shirt to date.