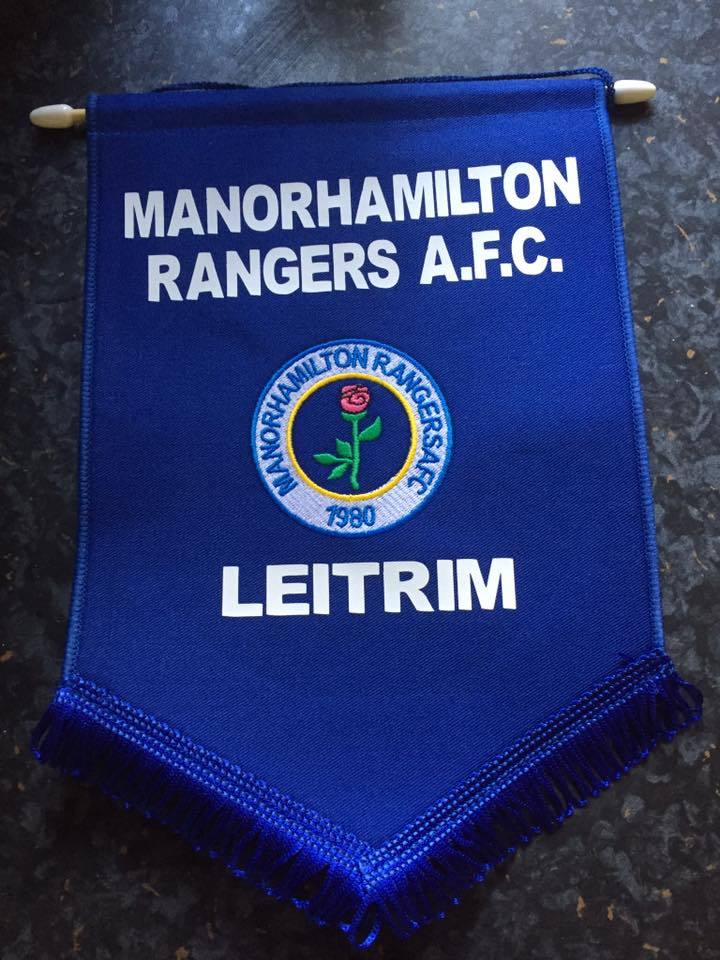 Manorhamilton Rangers suffered their first defeat of the season aginst reigning champions Carbury Fc at the Bee Park in a fiercely contested battle. The busiest man on the day was referee Phillip McLoughlin who issued three red cards and four yellow cards.

The first few minutes were evenly contested with both sides sussing each other out. A flare up in the Manor penalty area occured with Ibram Savage striking Manors Thomas McDonald who in turn retaliated. Ross Mc Loughlin needlessly got involved striking McDonald leaving the referee with no option but to send all three off with straight red cards.

Both sides had periods of the game when each dominated. Paul Scanlon made four excellent saves to keep Carbury at bay. Manor should have taken the lead with Anthony Mc Donald heading over from a corner with the goal at his mercy. Carbury had a great chance ealry on but Jason Lyons spurned a good chance shooting wide of the target. Gary Finan also came close forcing a great save from Paul Scanlon. Robbie Cunnigham and Seamus Ryder had two shots on target saved well by Gary Rooney. Niall Brennan also had shots saved by the inform Paul Scanlon. The teams finished the first half scoreless.

Manor started strongly in the second half and again spurned a number of goal scoring opportunities with Gary Rooney also up to all that Manor threw at him. Cathal Og O'Connell was emmense in the middle of the park with Brian McDonald linking well and putting in a trojan shift.

Ya Murrin tested Paul Scanlon with a stinger of a shot and Niall Brennan did likewise in a five minute spell. Scanlon made two excellent saves from both. Carbury took the lead against the run of play with Anthony McDonald taking down Jason Lyons in the penalty box and Ya Murrin converted for the games only goal.

Manor piled on the pressure and had some good chances most notably with Robbie Cunningham, Seamus Ryder and Cathal Og O'Connell. None were converted and Carbury held on for a win. Manor will be hugely dissappointed not to have taken something from this game.

Man of the match could be shared between both goal keepers who both pulled off outstanding saves.