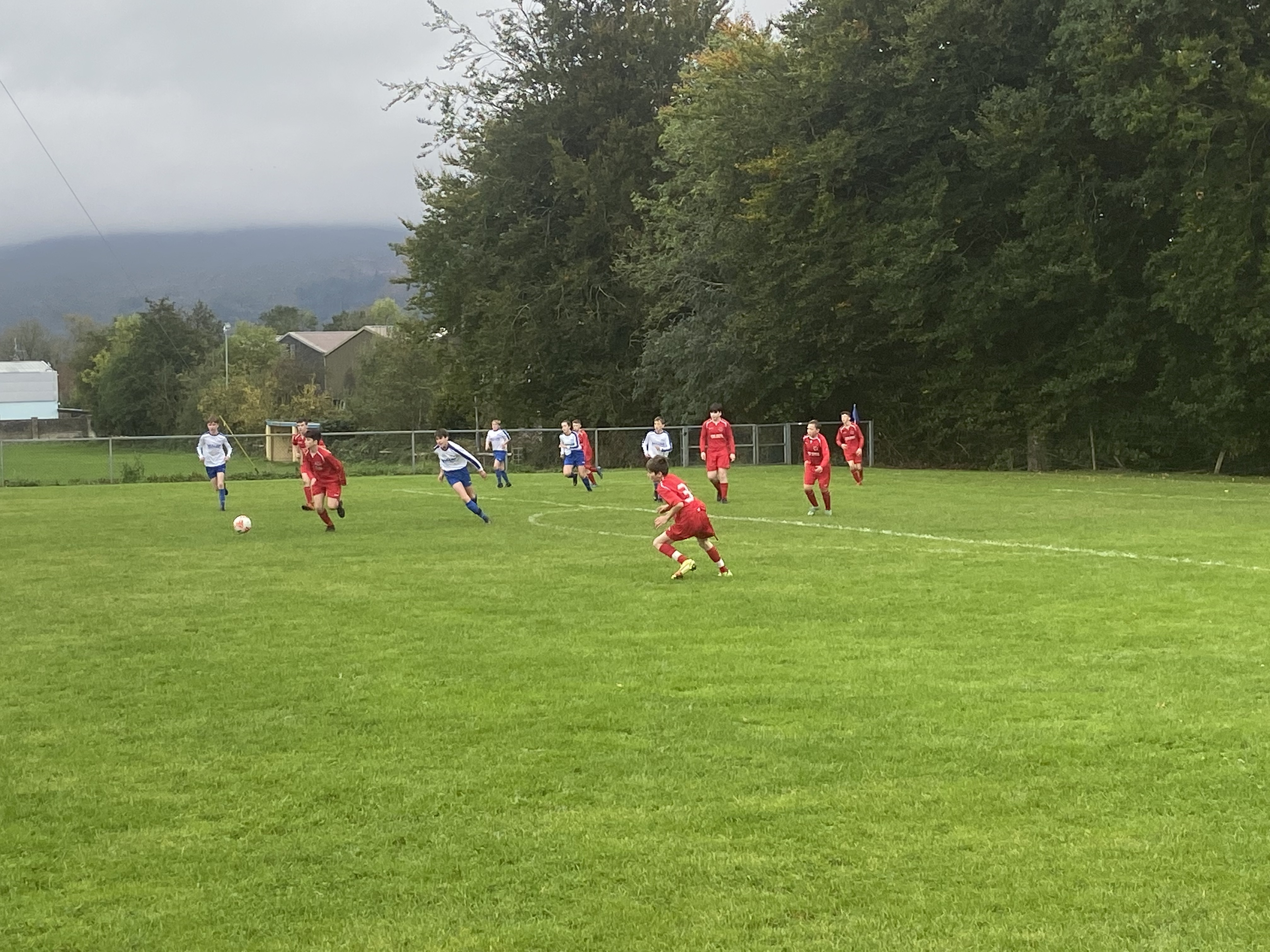 Manorhamilton Rangers u15s played their first game of the season against Arrow Harps at home in the Bee Park this morning with the boys securing a huge 2-1 win. Arrow have always been Manors toughest opponents and this meeting proved the turning point for us as we have never beaten Arrow Harps at this age group. Manor started the game well playing some fine football and closing Arrow down from the start. They were rewarded early on through a wonder strike from Peter Cogan who took down the ball in from James Hughes and it sailed over the keepers head. They found themselves 2-0 up shortly after through some great play starting from Zach Gethins all the way through the thirds to Colm Rooney who took it by three before finding Karl Gethins who finished after a scramble in the box. Arrow came out all guns blazing in the second half and got a goal back ten minutes into the second half. Manor kept their nerve and continued to play positive attacking football. There were chances a plenty for both sides in the second half but manor dug deep and secured the three points. Standout performances from everyone but in particular Captain Cian McMorrow, Ronan Fox and Karl Gethins. Player of the match goes to Áine McLaughlin who was immense in midfield. Onto the next.👍🏻👍🏻