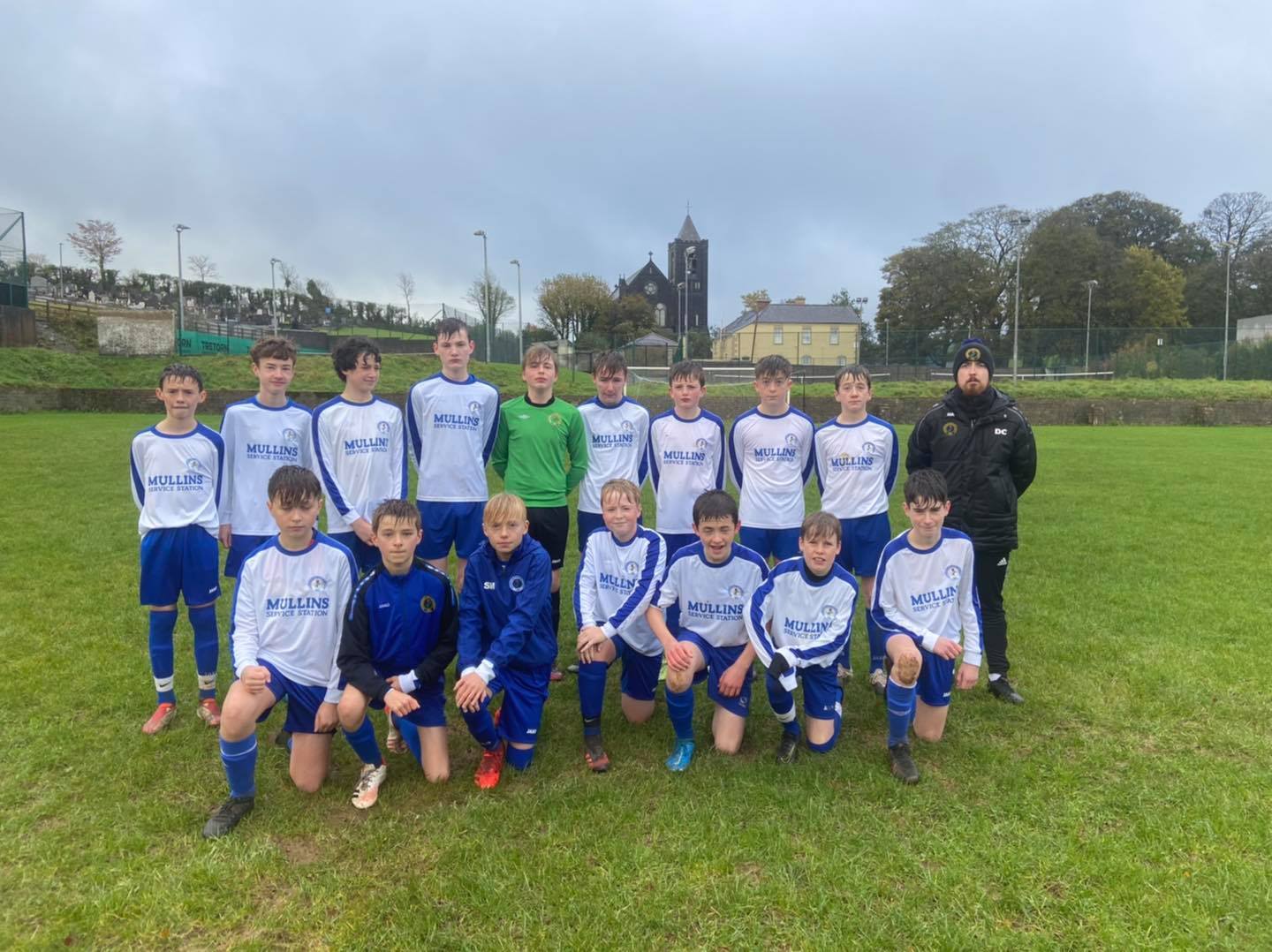 Manorhamilton Rangers U14 boys returned to league action today in the Bee Park against a Ballymote side who beat them 8/0 justa few weeks ago in the same competition. This time however it was the North Leitrim side who prevailed with a clincal display and two stunning goals to take all three points.

Manor started well in very difficult conditions. They took the lead after ten minutes with a great team goal starting from left back with Mathew Speers finding Patrick Nolan in midfield who in turn found Karl Gethins. Gethins played an exquisite pass to Jack Attard who took one touch before unleashing an unstoppable shot past the Ballymote keeper. Manor dominated the first half with chances falling to Sonny Malone. Patrick Nolan and Karl Gethins. Manors midfield and defensive units were extremely solid with Senan Kelly, Adrian Stephenson, Tom Sweeney and Ronan Fox dealing with all Ballymote threw at them. Zach Gethins made two fine saves to keep Ballymote scoreless at the break. Manors dominance paid off just before halftime with Karl Gethins finding Jack Attard in space and he brillianlty beat the keeper from fifteen yards out for 2/0.

The second half was more of the same from Manor. Manor again dominated the half dealing comfortably with Ballymote and defying the conditions with some excellent passages of play both from a defensive and attacking viewpoint. Zach Gethins was tested twice by Ballymote but he made comfortable saves from both attacks. Manor held out and took all three points. A great team display from all with all Manor players contributing to a remarkable turnaround from the last time the sides met. Particularily pleasing a clean sheet and a man of the match performance from Jack attard. Manor move to second in the table.