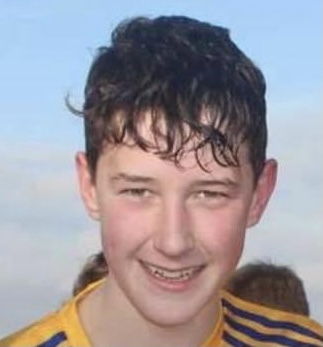 Manorhamilton Rangers U18 team took on Carrick Town in the battle of Leitrim in terrible conditions in the Bee Park. Despite the conditions both teams produced an absolute goalfest with eleven goals and the woodwork and some fantastic saves preventing an even higher goal tally.

Barry Mc Nulty was in outrageous form as he terrorised the Carrick defence everytime he touched the ball and put five goals past them. Manor took an early lead when Patrick Gilgunn sent in a great ball to the Carrick box which was met by Eoghan Moyles who calmly slotted home for 1/0. Carrick equalised against the run of play. Manor regained the lead with Barry McNulty shooting from forty yards and the keeper unable to hold it for 2/1. Mc Nulty increased Manors lead further latching onto a Gabriel Gilbride ball before rounding the keeper and firing home for 3/1.

Carrick came more into the game and Ben Gavin produced to superb saves to keeper Carrick at bay.

Carrick scored again to bring them back within a goal at 3/2. Manor restored their two goal lead just before halftime with Eoghan Moyles playing Patrick Gilgunn in behind the defence and he rifled the ball to the net for 4/2. The rain pelted down, there was gale force winds and sunshine throughout but it didnt deter either team who just wanted to play attacking football.

The second half started much the same with Carrick hitting a cracking shot for a third goal for 4/3. Manor took over from this point with Barry McNulty rounding the keeper from a wide angle before slotting home with the ball taking an age to cross the line for 5/3. Shaun Sheridan replaced Ben Gavin in the Manor net and he made an immediate impact sending a precise long range kickout to Barry McNulty who lobbed the outrushing keeper for 6/3. Shaun Sheridan then produced two good saves as Carrick piled on the pressure. Barry McNulty rounded off a man of the match performance hitting his fifth and Manors seventh goal past a helpless Carrick keeper for 7/3. A thoroughly entertaining game with both teams going at it despite the conditions.